I come to Century 21 Dynamic Realty with past experience as both Property Manager and a Realtor. Now as Broker and Owner since April 2004 I confidently guide our office to success. My strength in management and determination have guided Century 21 Dynamic Realty to becoming one of the top 30 offices. The office has been awarded CENTURION  & Double CENTURION office.
With over 20 years of real estate experience I am a multi-million dollar producer with the Fort McMurray Real Estate Board and have been awarded with Top Production status within the Century 21 System , receiving CENTURION honours since 2005 to this present year 2014.
I enjoy overseeing the office with a strong focus on respect, individualism and professionalism. My extensive experience and knowledge of the real estate industry in Fort McMurray makes me a reliable source and strong leader to all our Realtors and I will help you find the home most suited to you.
I am very proud of our top producing Team....A Team that is well equipped to handle any transaction from residential, relocations or commercial dealings.
Whether you wish to buy or sell real estate or are simply looking for information I can help! 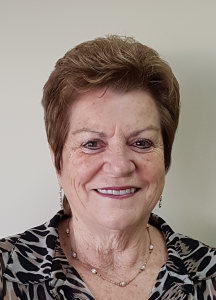 © Copyright 2022, Real Estate Websites by Redman Technologies Inc. | Privacy Policy | Sitemap
The data included on this website is deemed to be reliable, but is not guaranteed to be accurate by the Ft. McMurray Real Estate Board.

MLS®, Multiple Listing Service®, and the associated logos are all registered certification marks owned by CREA and are used to identify real estate services provided by brokers and salespersons who are members of CREA. The trademarks REALTOR®, REALTORS® and the REALTOR® logo are controlled by The Canadian Real Estate Association (CREA) and identify real estate professionals who are members of CREA. Used under license.